The story behind the Grand Champion Rabbits

Story: We waited anxiously as the rabbit judge made her way down the rabbit isle. She started placing mysterious marble like objects in front of the pens that she felt. They came in lots of different shapes and colors. Each year certain people including my family and I always try and figure out the judges' systems. I would have to admit that this year's judge was the best at hiding the meaning of the objects. After the judge had felt all 237 rabbits she began to take some out of the judging area and explained to everyone why she was removing those pens. It turned out that both of our rabbit pens made it to the next round (the longer you can stay on the judging table the better).

The judge then began to go through all the rabbits once again. I remember her commenting on how she could tell that everyone was holding their breath as she walked by slowly removing more pens. Most of the pens with green objects by them were taken out of the judging area. It turned out the best objects to have by your pen were the dark blue ones and our pens had one!

After removing a large amount of rabbits the judge began to rearrange rabbits in the judging area. My pen and my brother's pen were moved down towards the end of the judging table. I began to get excited because during our previous rabbit shows the judge placed the best rabbits towards the end of the table. The judge also put new objects by the remaining rabbit meat pens. I noticed that my rabbits had a one green object by them while my brother's pen had 2 dark blue ones. I began to get kind of disappointed because I knew the judge gave blue objects to the pens that she really liked. Maybe the judge is just trying to surprise the audience, I thought to myself. She did make the statement- ("Just because I am old does not mean that I can not hear you") when someone in the audience was talking about how she marked the pens.

It turned out once again that the bluer markings were the best. I wonder if the judge having two blue shirts on had anything to do with it. She did seem like she would enjoy creating puzzles for us. The order that the pens were placed on the judging table turned out to mean nothing this year. My pen was announced as receiving 12th place. The judge commented that one of my rabbits just didn't seem to match the other two very well. My whole family was struck with awe as the judge kept taking out rabbits, leaving my brother's pen on the table! Tick, tick 8th place, 7th, 6th, 5th, 4th, 3rd, 2nd.. 1st place goes to Christian Webster!!

I want to give our thanks to the Upton family for their great help the last few years. They have helped us pick our meat pens and hold monthly rabbit project meetings. Here is a link to their website: MarchHaresRabbitry.com

I also want to thank the Shanks family. We got one of our best bucks from them which was used to breed the Grand Champion rabbits. 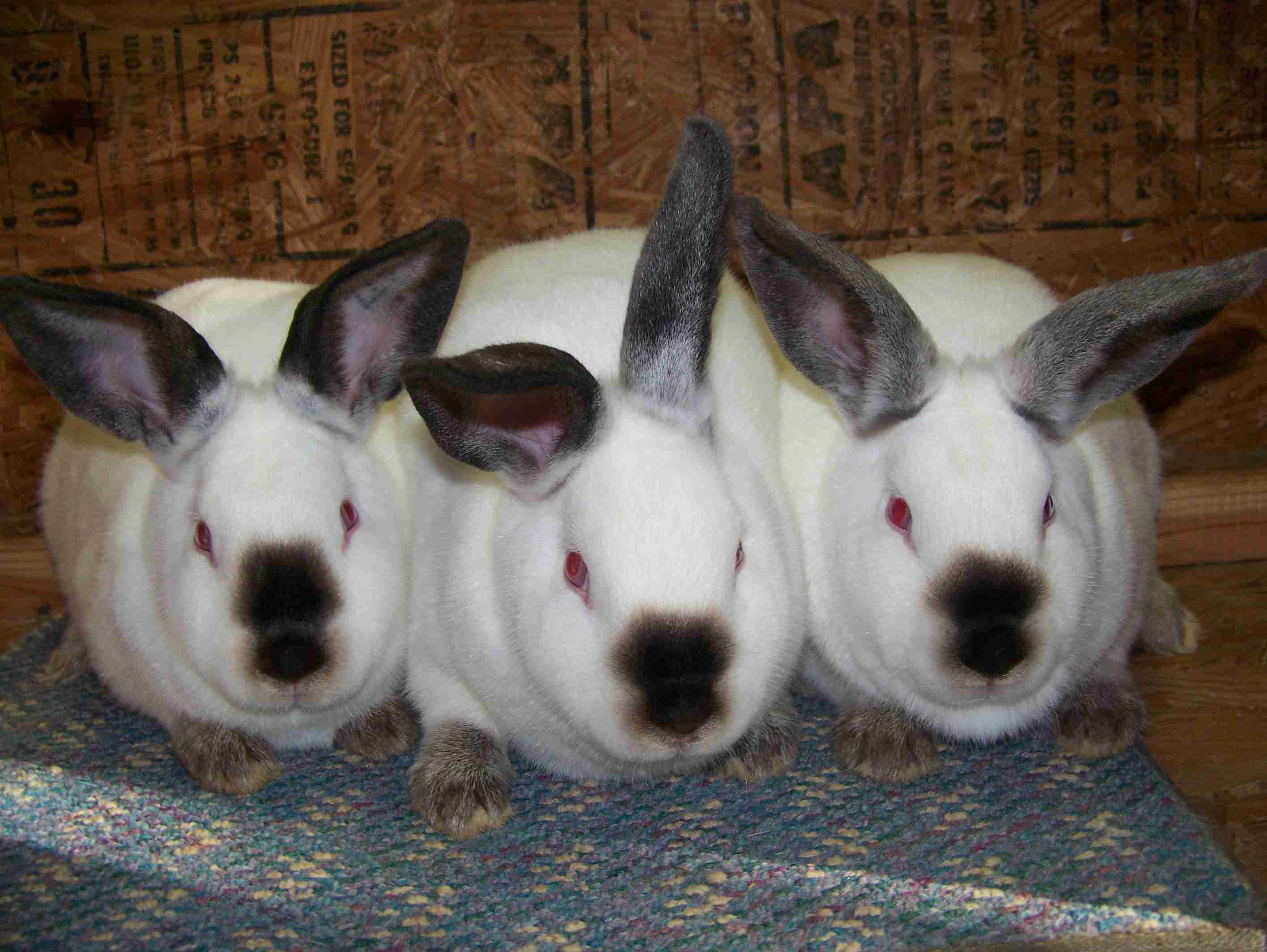